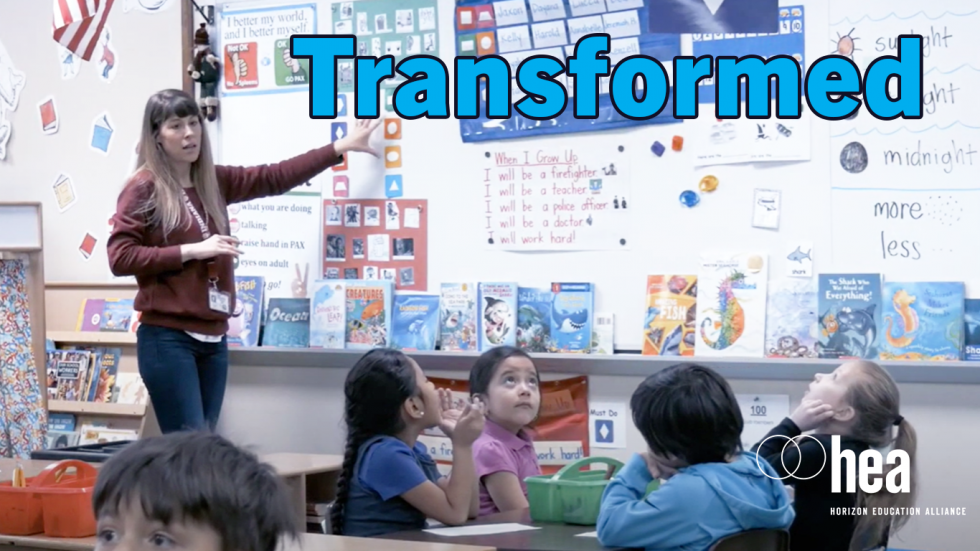 I’m a big-picture guy, and I like economics – so I’m fascinated by macroeconomics, which is the study of large-scale or general economic factors. I’m especially curious about how major state and national economic decisions affect us locally. For instance: what are the smartest investments our governments can make with our tax dollars? How do they get the “most bang for the buck?”

My favorite Indiana person to ask such questions is Dr. Michael Hicks of Ball State University, a widely recognized expert in economics. I’ve known him since 2014, when he was generous to give me some excellent advice for our “South Bend-Elkhart Region” as we were entering a statewide competition sponsored by the Indiana Economic Development Corporation.

Lately Dr. Hicks has been sounding an alarm about Indiana public education. He is a “numbers guy,” so this isn’t about political partisanship – it’s about the charts and graphs and the unmistakable picture they paint.

Here’s the picture: Indiana has been underfunding public education for over a decade (2009-2021), and the painful consequences are there for all to see. 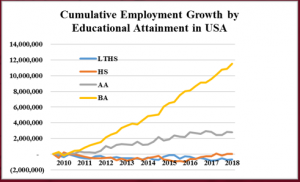 Stir in Indiana’s low rate of educational attainment: we’re 40th among states and territories, behind Tennessee at #39. We’re ahead of Puerto Rico (#41) at the moment, but Puerto Rico is gaining and we’re losing ground.

And why are we losing ground? Dr. Hicks has those numbers, too: Since 2010, adjusted for inflation, most states have increased funding for public education, but Indiana shows a 7% decrease.

Again, this is not a political argument – it’s facts about the economy. Dr. Hicks writes, “On average, better-educated people are more productive, which means they produce more per year in goods or services.” A state with better-educated people has a stronger economy. By choking off educational funding, Indiana has kept itself sidelined during a decade of national economic growth – because the growth called for workers with higher educational attainment, and we couldn’t compete. Businesses needing high-attainment employees just weren’t locating to Indiana.

Dr. Hicks again: “As a consequence, our per capita personal income saw its largest relative decline in history. It is an unpleasant thing to say, but the cause of this is the declining relative quality of our workforce.” This is a bitter pill, especially because the pain has been self-inflicted, and we continue to watch other states and territories sail past us.

The silver lining about a self-inflicted injury is that you’re in charge of it: you can stop shooting yourself in the foot whenever you’re ready. If we ask Dr. Hicks what we’d need to spend in order to catch up our educational funding to the level it would be if we’d just kept pace with where we were in 2009, he has that number: $1.3 billion. To be clear: that doesn’t move us to the head of the line, it just gets us back to where we used to be. $1.3 billion is how far behind we’ve fallen. Also to be clear: that number is 10 times the increase our Governor has proposed (see below).

I promise you that Dr. Hicks presents this material with much more expertise and precision than I can manage. His communication skills were on display at a recent gathering of people from Elkhart, Kosciusko, Marshall and St. Joseph counties – a cross-section of 150 leaders from business, government, social services, and education. Watch Dr. Hicks’s 15-minute presentation below, it’s time well-spent:

This meeting, by the way, had a second purpose. In addition to giving these leaders the chance to hear from Dr. Hicks about the need to correct public school funding inadequacies, there was another urgent, immediate issue: proposed legislation before the Indiana Assembly threatens to make our educational problems even more severe. As you may know, Governor Holcomb has recognized the need for an increase in state funding of public education, and has proposed a 2% increase in the upcoming budget.

As noted above, this is a tenth of what is needed – but it would be a start! Unfortunately, this proposed legislation would divert almost half of that funding increase away from local public schools, which educate 90% of our students. Instead, the proposed legislation would redirect the funding toward a dramatic and ill-considered expansion of financial support for private and religious schools, where Indiana already offers more public funding than any other state in the nation. 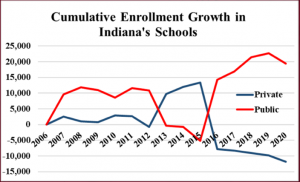 Dr. Hicks even had numbers here. He showed how enrollment in private and charter schools increased starting in 2012, as these options were made more widely available to Hoosier families. That is, enrollment in these alternative schools increased dramatically from 2012-2015 – and then private/charter enrollment dropped even more dramatically than it had risen – and it has stayed at these lower levels. By 2017, in contrast, public school enrollment had surpassed where it was in 2012, and those high levels continue. Dr. Hicks’s analysis: the market has spoken! Hoosier families, having sampled the educational options, decisively indicated their preference for public education.

Dr. Hicks compared the proposed legislation to a bailout for a failing corporation. This seems accurate, and adds to our understanding of the need to defeat these bills. We should turn our attention instead to supporting public education: the consumer’s choice, the smartest investment, the “most bang for our tax-dollar buck” for Indiana’s future. Our expert macroeconomist has the numbers to prove it!

By Brian Wiebe
President/CEO of HEA